The three major characteristics of Hakkoryu are: no challenge, no resistance, no injury. With Hakkoryu, for the first time, the eyes of the dragon are drawn.

Nestled along a back street in a town one-hour northwest of Tokyo by train, is a dojo unique in modern Japan. It is called the Hakkoryu So Hombu Dojo (General Headquarters School of the Eighth Light Tradition), and was founded by Shodai Soke (First Generation Head) Okuyama Ryuho. This dojo provides for training in the arts of Hakkoryu Jujutsu (a Japanese system of self-protection) and Hakkoryu Koho Shiatsu (traditional medical therapy using finger pressure). Following Shodai Soke’s retirement in 1986, his son, Okuyama Toshio assumed the responsibilities of the Ryu. At that time, Waka Sensei, as Okuyama Toshio was then known, took his father’s pen name “Ryuho”, and with it, the title Nidai Soke (Second Generation Head). Nidai Soke Okuyama Ryuho now directs and has total authority over all Japanese dojo as well as branch organizations in several countries. Shodai Soke passed away in November of 1987.

Shodai Soke was born in 1901 in Yamagata Prefecture. His given name was Okuyama Yoshiji. He graduated from the Tokyo Seiji Gakko (Tokyo School of Political Science) and in 1927 moved to Asahikawa, Hokkaido where, along with Mr. Namikoshi Tokujiro, he established a medical clinic (Mr. Namikoshi was later to establish the now famous Nihon Shiatsu School in Tokyo).

During his early life, Shodai Soke traveled extensively from his base in Asahikawa studying many of the martial and medical systems of his day. During that period, the best way to find qualified teachers of Jujutsu was to find good doctors of oriental medicine. Included in his martial studies were Daitoryu Aikijujutsu (which he studied in Hokkaido primarily from Kyoju Dairi Matsuda (Toshimi) Hosaku and later for a short period of time from Daitoryu Soke Takeda Sokaku), Seigoryu Jujutsu (studied in Kyoto), Hasegawakoryu Kenjutsu (sword style studied in Hokkaido), Nitoryu Kenjutsu (sword style studied in the Kumamoto Hot Springs area), Sojutsu (spear combat studied in Yamagata Prefecture), Jojutsu (stick combat studied in the mountains of Niigata), Kyujutsu (archery studied in Yamagata Prefecture), Shurikenjutsu (throwing weapons studied in the mountains of Niigata), as well as other lesser-known systems. In all, he studied under twenty teachers of various bujutsu ryu.

At the same time, he had the opportunity to study with leading masters of traditional Japanese medicine including circulation (meridian-in/yo) theory, finger pressure medicine, acupuncture, massage, and traditional herbs and diet. He eventually became an instructor of Daitoryu Aikijujutsu, but in 1939 he broke with Takeda Sensei, calling what he taught “Meishido”.

The Founding Of Hakkoryu Jujutsu

Finally, on June 1, 1941 he held the “Hakkoryu Kaiso Hokokusai” (Ceremony Proclaiming to the Kami (Gods) the Founding of Hakkoryu). Hakkoryu was born on this date. Moving to the Kanda district of Tokyo, he established the Hakkoryu Kobujuku (Private School for the Classical Military Art of Hakkoryu) where he operated a popular training hall while also providing direct instruction to the police and military. When the Allied bombings of Tokyo became too severe, eventually burning the dojo, he and his followers fled the city and joined the Mount Haguro sect of Shugendo (a mixture of esoteric Buddhism and Shintoism) in Yamagata Prefecture. There he was to stay, study, and teach until around 1947, at which time he moved to Omiya City (now known as Saitama City), Saitama Prefecture and established the Hakkoryu So Hombu Dojo, sometimes referred to as the Hakkoryu Juku Hombu Dojo. The dojo has been in this location ever since.

For centuries in Japan, the lineage of unique bugei/bujutsu ryu have been closely guarded and handed down from father to son. The transmission is given to the eldest male child of the family whenever feasible. The one so chosen begins training at an early age, not only in the techniques and thinking of the ryu, but also in the day-to-day chores of managing and administering the dojo.

Much of the actual learning comes about through observing the father in addition to direct instruction on a step-by-step basis. Senior ryu instructors also take a direct hand in guiding “Waka Sensei” (young teacher), as he would be addressed. This process lives on today in Hakkoryu Jujutsu.

Born in 1948 as the son of Shodai Soke Okuyama Ryuho, Okuyama Toshio began his training under his father in Hakkoryu Jujutsu at age five and Hakkoryu Koho Shiatsu when he was seven. As is tradition, he was referred to as “Waka Sensei.”

From his teenage years onward, he would assist his father with Jikiden training at Hombu Dojo. He also traveled extensively around Japan, assisting his father in teaching Hakkoryu Jujutsu and Hakkoryu Koho Shiatsu. For a number of years, he was Chief Clinician in charge of shiatsu clinics both in Saitama City and Tokyo.

Outside of Hakkoryu Jujutsu and Hakkoryu Koho Shiatsu, his formal education culminated with his graduation in 1971 from the Daitobunka University in Tokyo with a degree in Economic Science and in 1973 with a certificate from Daitobunka’s Specialized Medical School in bone setting.

On April 6, 1986, he succeeded his father during his “Shumei Shiki” (“Iemoto” or Name Taking Ceremony) at the Musashi Ichinomiya Hikawa Jinja. There, upon his father’s retirement, he took the name “Ryuho” and became the Hakkoryu Nidai Soke (Second Generation Head). The Hikawa Jinja, a Shinto Shrine located in Saitama City, Saitama Prefecture, was said to have been built over 2400 years ago and is designated an “Ichinomiya” (Shrine of the First Rank). Currently there are 290 Hikawa Jinja in Japan.

Nidai Soke is well known for his ability in healing patients through Hakkoryu Koho Shiatsu. On numerous occasions, he has appeared on national television as well as in popular publications concerning medicine and health. He gives basic and advanced seminars on Hakkoryu Koho Shiatsu at Hombu Dojo and around Japan and treats difficult patients with special conditions, often traveling to visit the homes of those who are bedridden. 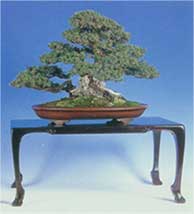 Aside from Hakkoryu Jujutsu and Hakkoryu Koho Shiatsu, Nidai Soke is very highly skilled in the Yakumo Mansei-en family school of bonsai. This family system was founded around early Meiji (1868). His teacher’s name is Mr. Hideo Katou. Mr. Katou, who is now in his eighties, has been a Director and Executive Judge of the Japan Bonsai Association and is currently serving his appointment to provide and care for the bonsai on display in the Imperial Palace.

In addition to Hikawa Jinja, Saitama City is actually best known for its numerous and famous teachers of bonsai and Bonsai-Mura (Bonsai Village). Nidai Soke began training in bonsai from the age of fourteen. His artwork is always on display in the garden at the entrance to Hombu Dojo and can be seen during all seasons from the medical clinic. He often offers his works for display during public exhibitions in the area, and during the yearly National Bonsai Exhibition in 1996, 1997, and 1999, Nidai Soke was given “Awards for Excellence.”

When his father retired, Nidai Soke appointed a new set of personal counselors who have assisted him in many ways to improve the way Hakkoryu is overseen and administered. One of some importance is the enforcement of rules and regulations to which all Hakkoryu Deshi and Shihan have been and are bound. Like his father before him, he holds the post of Vice President of the Association for the Prevention of Crimes in Saitama City.

The name “Hakkoryu” is based on a philosophical Japanese view of the color spectrum as being divided into nine bands of light. The eighth shade is infrared, which is invisible to the naked eye but extremely powerful, as are Hakkoryu techniques. The number eight in Japan also has associated with it numerous philosophical and religious meanings that are beyond the scope of this brief introduction.